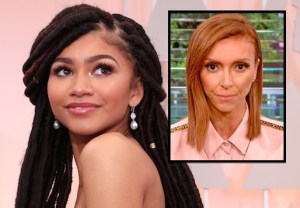 Zendaya has responded to E! host Giuliana Rancic‘s on-air apology for a joke she made about the actress’ dreadlocks hairstyle, which the Disney Channel star felt had racist connotations.

“Giuliana, I appreciate your apology and I’m glad it was a learning experience for you and for the network,” Zendaya wrote on Twitter on Wednesday.

Read the full statement below.

* The pilot for TV Land’s Younger, starring Sutton Foster (Bunheads), is available to watch for free via Amazon Instant Video. The comedy, about a single mother in her early 40s whose stalled publishing career is revitalized when she lies and passes herself off as a twentysomething, premieres March 31.