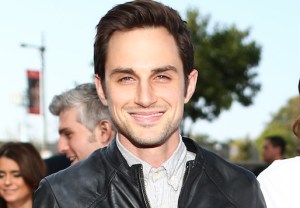 Fresh off gnawing on Bob’s leg, Andrew J. West is sinking his teeth into the lead role on The CW’s Dead People pilot, our sister site Deadline reports.

Penned by Californication creator Tom Kapinos and produced by J.J. Abrams’ Bad Robot, the project follows a down-on-his-luck, semi-alcoholic but roguishly charming cab driver who, after a near-death experience, suddenly has the ability to interact with ghosts, including the late ex-wife he has never gotten over.

In addition to his run as The Walking Dead‘s Gareth, West’s TV credits include Greek, Privileged and Rockville CA.