Parks and Recreation fans mourning the end of the long-running NBC comedy were given a brief reprieve Tuesday night when the entire cast appeared on Late Night With Seth Meyers to say — or, rather, sing — goodbye one last time.

With Chris Pratt and Jim O’Heir holding down most of the vocals of “Bye Bye, Li’l Sebastian,” the rest of the crew — which included the likes of Amy Poehler, Adam Scott, Aubrey Plaza, Retta, Aziz Ansari and executive producer Mike Schur — shifted between singing backup and hugging each other.

In the end, everyone was able to pull it together long enough to croon the rest of the song, inspiring undeniable ugly-cries from those watching at home.

Hit PLAY on the cast’s performance above, then drop a comment with your take on the Parks series finale. 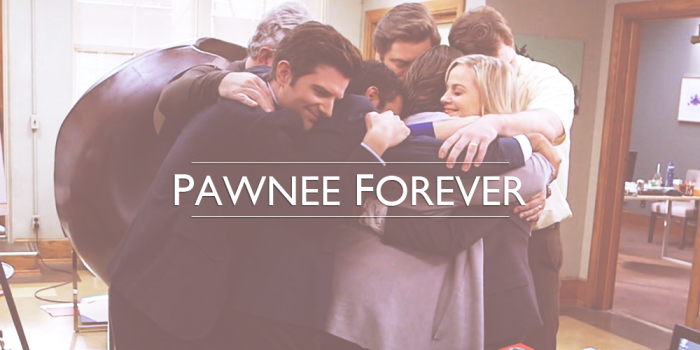