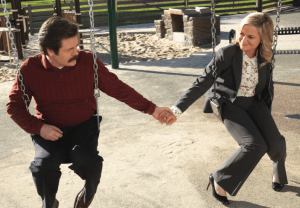 NBC’s Parks and Recreation wrapped its run on Tuesday night with 4.2 million total viewers and a 1.6 demo rating (per finals), surging 50 and 33 percent week-to-week as well as up sharply from its previous finale (2.7 mil/1.0).

In total audience, Parks commanded its largest crowd since January 2012. TVLine readers gave the finale an average grade of a very high “A.”