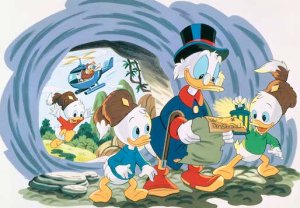 New DuckTales will be told, on Disney XD.

The cabler announced on Wednesday that it was reviving the animated series, which ran for 100 episodes from 1987-90 (and spawned a feature film), with an eye on a 2017 premiere.

“DuckTales has a special place in Disney’s TV animation history,” Disney XD SVP Mark Buhaj said in a statement. “It drew its inspiration from Disney Legend Carl Barks’ comic books and through its storytelling and artistic showmanship, set an enduring standard for animated entertainment that connects with both kids and adults. Our new series will bring that same energy and adventurous spirit to a new generation.”