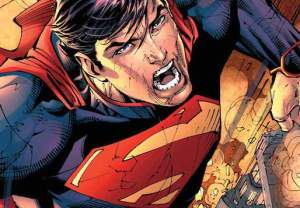 Looks like Supergirl will get a visit from Kara’s “famous cousin” after all.

Though is he not name-checked and only alluded to in the new CBS series’ synopsis, Superman will put in an appearance of sorts in the pilot.

As pointed out by KryptonSite by way of ProjectCasting.com, Supergirl is seeking someone “5-foot-11 or taller,” “square-jawed” and wielding “a ripped physique” to serve as a body double for “a DC Comic Superhero.”

Lest there be any doubt, interested parties are asked to email their application using the subject line “SUPERMAN.”

The “body double” language suggests that this super fella will only be seen from a distance and/or partially obstructed and/or never in focus, probably (I speculate) to dodge any conflicts with the Man of Steel currently soaring around the DCU, as portrayed by Henry Cavill.