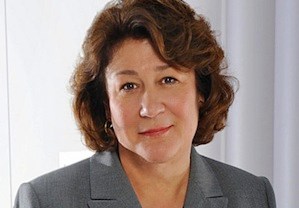 Margo Martindale is returning to her dramatic roots, with a starring role in CBS’ drama pilot Sneaky Pete, TVLine has learned.

From exec producers David Shore and Bryan Cranston, the potential series centers on an incarcerated thirtysomething con man takes cover from his past by assuming the identity of a cellmate. “Sneaky Pete” then hides out from his debtors while working for his new “family’s” bail bond business. There he uses his considerable charm and criminal prowess to take down bad guys far worse than himself, partnering with a very attractive female “cousin” who has her suspicions about his real motives.

Martindale, who is coming off CBS’ short-lived comedy The Millers but is best known for her dramatic work on FX’s Justified and The Americans, plays Audrey,who with her husband is trying to keep the family bail bond business afloat when Pete shows up on their door step.