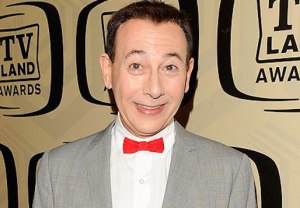 Netflix announced Tuesday that it’s teaming up with Paul Reubens and producer Judd Apatow for Pee-wee’s Big Holiday — the latest in the quirky character’s series of films.

In Pee-wee’s Big Holiday, “a fateful meeting with a mysterious stranger inspires Pee-wee Herman to take his first-ever holiday in this epic story of friendship and destiny,” according to the streaming service.

The script was written by Reubens and Paul Rust (Comedy Bang! Bang!, Arrested Development) while TV vet John Lee (Broad City, Inside Amy Schumer) will make his feature film directorial debut on the project. Shooting is expected to get underway soon.

“Judd and I dreamt up this movie four years ago. The world was much different back then — Netflix was waiting by the mailbox for red envelopes to arrive. I’ve changed all that. The future is here. Get used to it. Bowtie is the new black,” said Herman, in a release.

The Pee Wee Herman character has hit just about every platform since his introduction at The Groundlings Theatre in February 1981, including the big-screen hit Pee-wee’s Big Adventure in 1985, CBS’ Emmy-winning Pee-wee’s Playhouse from 1986-1991 and Broadway’s The Pee-wee Herman Show in 2010.

Reubens’ recent credits include a stint on NBC’s The Blacklist as well as The Smurfs 2.

Stoked about Pee-wee’s Big Holiday? Hit the comments and sound off!