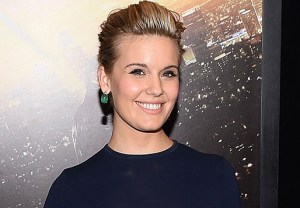 Grace is playing ER residency director Leanne, described as “a force of nature and a force to be reckoned with.” Previously announced cast members include Marcia Gay Harden and Melanie Kannakoda.

Since her days on the Island, Grace has appeared in numerous shows, including Californication and the web series Susanna. She’s also appeared in major movies, including the final two Twilight Saga installments.