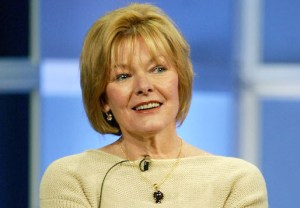 Penned by onetime SNL scribe Charlie Grandy (who most recently has written for The Mindy Project), the single-camera comedy follows one husband’s (Rob Riggle) desperate struggle to not let every weekend go completely to hell. Because apparently that’s the premise for a TV series.

Curtin will play Louise, the aforementioned husband’s mother-in-law, who is currently living (and smoking cigarettes) with her own spouse Doug at their daughter Kelly’s house. When enlisted to babysit, Louise has a more relaxed attitude towards child-rearing, and thus has no problem leaving her three grandchildren alone while she and Doug walk to the MiniMart.

Curtin’s recent TV credits include the pilot for TNT’s The Librarians and CBS’ Unforgettable.