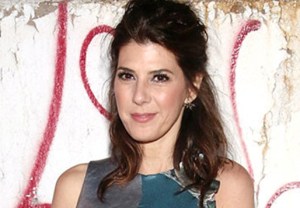 It seems Marisa Tomei is ready to return to her small-screen roots. Would you like us to explain?

The Oscar-winning My Cousin Vinny actress has been tapped to star as Gloria Steinem in Ms., HBO’s upcoming miniseries about the social activist and feminist icon.

Per our sister site Deadline, Ms. will focus on the creation of Steinem’s feminist-themed magazine of the same name, which began publishing in the early 1970s.

Since getting her start on As the World Turns and A Different World in the ’80s, Tomei’s TV roles include a recurring gig on FX’s Rescue Me. In film, she most recently received an Oscar nod in 2009 for her work in The Wrestler.