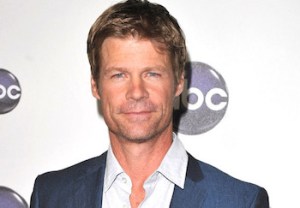 The body count continues to rise on MTV’s Scream.

Joel Gretsch (V, The 4400) has exited the cabler’s forthcoming TV adaptation of the big-screen franchise, and his series-regular role as Sheriff Hudson will be recast, TVLine has learned exclusively.

According to sources, producers opted to take the character — the small town’s “charming, charismatic, capable” lawman — in a different direction.

The project — penned by Jay Beattie and Dan Dworkin (Criminal Minds, The Event, Revenge) and helmed by Jamie Travis (Faking It, For a Good Time, Call…) — kicks off with a YouTube video going viral, which will have adverse repercussions for Audrey and seemingly serve as the “catalyst for a murder that opens up a window to [her] town’s troubled past.”

Scream, which was handed a 10-episode Season 1 order last October, is set to bow in the fall.