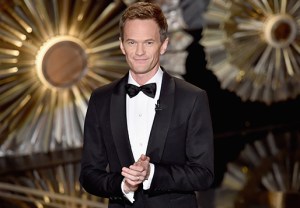 It’s up to the host of the Oscars to set the tone for the show — and who knows more about tone than legendary song-and-dance man Neil Patrick Harris?

The former How I Met Your Mother star kicked things off Sunday with a show-stopping (or show-starting, whatever) number, channeling his inner Little-Mermaid-on-land as he “checked out” all of the amazing things around him.

Images of Marilyn Monroe, Sharon Stone’s hoo-hah and even the unspoken romance between Ben Affleck and Matt Damon graced the screen behind him as he belted out a tribute to “Moving Pictures.”

Throughout the performance, Harris was joined by Anna Kendrick — as her Into the Woods character, no less — and Jack Black, who totally won a Grammy a few weeks ago. (Never forget.)

Watch Harris’ performance below — you know, before it gets yanked off YouTube — then grade it and drop a comment with your full review. 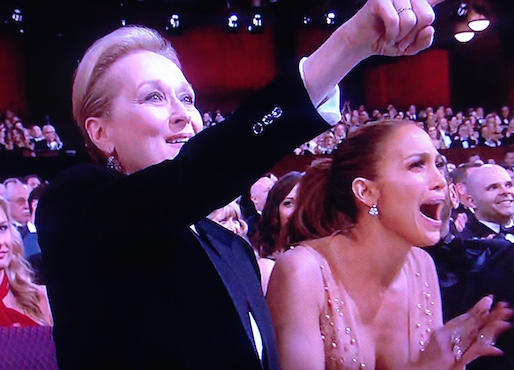