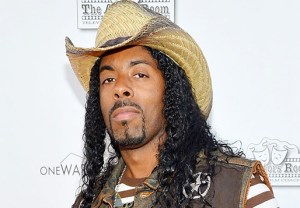 The reality star passed away Friday, hours after experiencing blurred vision and difficulty speaking during a family visit.

Originally diagnosed with stage 4 colon cancer in 2013, Givens’ prospects improved following his initial surgery, but he was forced to begin chemotherapy upon the cancer’s return.

Givens rose to prominence in 2007 as a contestant on VH1’s I Love New York, which he parlayed into a spinoff titled Real Chance of Love, co-starring his brother Kamal “Chance” Givens, a fellow New York competitor. He also appeared on VH1’s I Love Money in 2008.