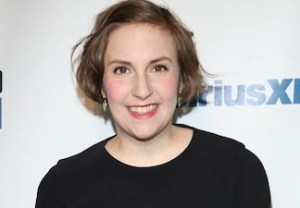 Scandal superfan Lena Dunham is teaming up with the Gladiators.

The Girls creator/star will guest-star in a March episode of the ABC drama in a top-secret role.

Per EW.com, which first reported the news, Dunham’s character may have a connection to OPA.

* Orphan Black‘s Season 3 premiere will air simultaneously on BBC America, AMC, IFC, SundanceTV and WE tv on April 18 at 10/9c.

* Tom Hanks will be the first guest on The Late Late Show With James Corden, which premieres March 23.

Excited to announce our first guest for our first show will be @tomhanks! March 23! #LateLateShow