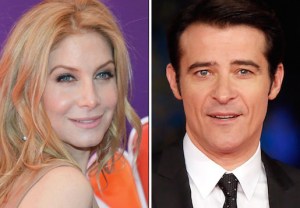 Crossing Lines‘ new leads have a rather impressive TV-drama pedigree:  Lost‘s Elizabeth Mitchell and ER‘s Goran Visnjic will take over as series leads in the crime drama’s Season 3, our sister site Deadline reports.

In addition, Frank Spotnitz (The X-Files) has signed on as an executive producer of the drama, which follows European law-enforcement officers as they deal with international crime in the European Union.

But will the latest installments of the series — which films in Europe and is financed, in part, by European producers — be available to American audiences? That one’s a little tougher to answer.

In the United States, NBC aired Crossing Lines‘ first season but chose not to continue with the series — then led by William Fichtner (Invasion) — past that. Netflix then streamed the drama’s second season in the United States; a rep for Netflix could not confirm that Season 3 of the drama will be available in the U.S.

Crossing Lines‘ third season takes place six months after the events of the Season 2 finale, with Sutherland’s character bringing together the team after a top prosecutor vanishes.