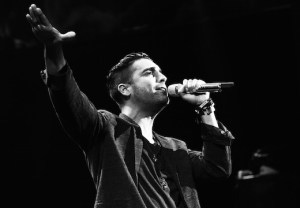 The following equation recently appeared on a standardized math test for third graders, thanks to the Common Core State Standards Initiative:

American Idol selected 48 Season 14 contestants to perform at a showcase at Los Angeles’ House of Blues — with the goal of having its three judges (and a team of no fewer than 37 producers) whittle the field down to 24 vocalists who’ll compete for the public vote. If the final roster of contestants must be split evenly by gender — and 12 hopefuls were shown advancing on Wednesday night’s telecast, then who’s likeliest to advance in the night’s final battle: The girl who has received screen time during every single round of the competition — or the one who hasn’t been seen since her New Orleans audition?

And while I appreciate that executive producer Per Blankens didn’t get our hopes up and let us get deeply attached to classy songbird Jelly Joseph, the utter lack of suspense generated by pitting her against heavily hyped Shi Scott was on par with pop-cultural questions like “Will the whale live at the end of Free Willy?,” “Is Captain America going to succumb to nightly carbohydrate cravings?,” and “Will somebody cover ‘I Don’t Want to Miss a Thing’ on this show between now and May?”

I know, I know… if you looked up my Top 24 Announcement Recap from Seasons 11, 12 and 13, I probably made the same complaint (and referenced delicious carbs, because their siren call never ends). But just as I wish Idol would once and for all create a Banned Songs List, I also can’t help but hold out hope that 14 years into the process, somebody on staff would say, “Hey! What if we zagged in the editing bay where people expect us to zig?”

While you try to make sense of that last paragraph, let me break down who advanced and who got axed — along with letter grades that, if I’m being honest, are probably unfair considering nobody was actually shown singing for more than the time it takes for any member of The View hosting panel to curse the heavens when they arrive on set each morning. 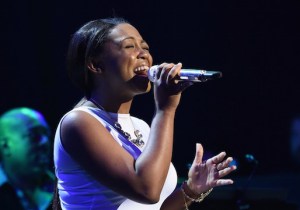 On that note, I turn things over to you: Who did you love from the House of Blues showcase? Who got robbed? Sound off below — and check back next Monday as Melinda Doolittle and I rant and rave over the Top 24 on an all-new installment of Reality Check!