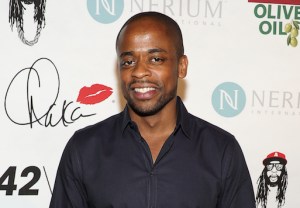 Dulé Hill fans, get psyched: The actor has secured his next TV gig.

RELATED Pilot Season ’15: Scoop on This Fall’s (Possible) New Shows, Who’s in Them

Doubt, from Tony Phelan and Joan Rater (Grey’s Anatomy, Madam Secretary), will focus on Sadie, a yet-to-be-cast defense lawyer at a boutique firm who “shockingly gets romantically involved with one of her clients — who may or may not be guilty of a brutal crime.”

Hill’s character, Albert, is Sadie’s law partner and good friend who teams up with her to represent a member of an elite New York family.