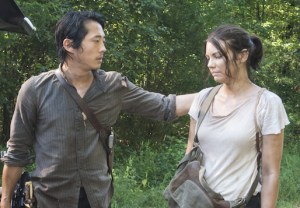 Our sister site Deadline notes that while the second hour of NBC’s SNL special was delivering nearly 24 million total viewers and an 8.3 rating, TV heavyweight The Walking Dead drew 12.3 million and a 6.2, down 22 percent from its Season 5 midseason premiere the week prior.

That marks the mighty AMC series’ smallest audience since Season 4, Episode 8, “Too Far Gone,” the winter finale that concluded the prison arc.

All told, the current tally for SNL‘s three-hour-plus anniversary special is 23.1 mil/7.8.