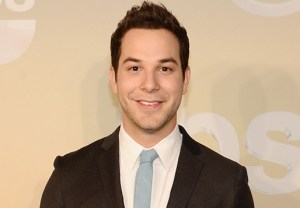 Skylar Astin is already moving up from Ground Floor.

Following the recent cancellation of his TBS sitcom, Astin has been cast in ABC’s untitled buddy comedy pilot about a non-English speaking NBA star and his translator, our sister site Deadline reports.

In case there was any doubt in your mind, even for a second, Astin will not portray the NBA player. He’s been tapped to star as translator Jason, a “little wimpy guy with no athletic prowess” who essentially becomes a babysitter for his extra-large charge. Per the description, “he’s also got to find a way to light a fire under this incredibly tall and talented athlete who seems to lack any drive.”

The single-camera comedy is being written and executive-produced by Casey Johnson and David Windsor.