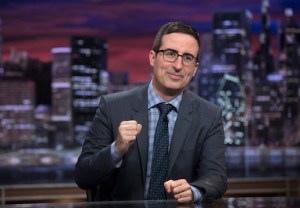 And now, this: HBO has renewed Last Week Tonight with John Oliver for Seasons 3 and 4.

Each season will consist of 35 episodes, the network announced Tuesday.

Earlier this month, before Last Week Tonight‘s Season 2 premiere in January, Oliver told reporters that he enjoys an unprecedented level of latitude at the premium cabler.

“We can make the show fit the story we want to tell,” he said, adding with a laugh, “It’s kind of a paralyzing level of freedom.”