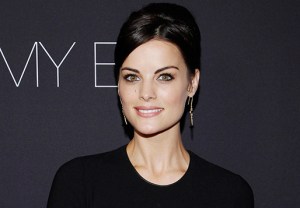 Jaimie Alexander has a knack for losing her memory.

Produced by Greg Berlanti (Arrow, The Flash), Blindspot will star Alexander as a beautiful woman, with no memories of her past, who is found naked in Times Square with her body fully covered in intricate tattoos.

Her discovery sets off a vast and complex mystery that immediately ignites the attention of the FBI, who begin to follow the road map on her body to reveal a larger conspiracy of crime, while bringing her closer to discovering the truth about her identity.

Alexander will also deal with memory loss when her Lady Sif returns to Agents of S.H.I.E.L.D. on March 10, with no recollection of Thor.

The actress’ small-screen credits also include Covert Affairs and Nurse Jackie, and she’ll next appear in HBO’s upcoming dark comedy The Brink.