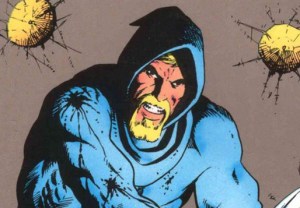 A scripted series of the Marvel imprint Epic Comics’ Dreadstar is in development, with artist and creator Jim Starlin (Guardians of the Galaxy, Captain Marvel) serving as executive producer/writer, our sister site Deadline reports.

The story centers on Vanth Dreadstar, sole survivor of the entire Milky Way galaxy, and an ensemble of crewmates, including cyborg sorcerer Syzygy Darklock. Together, they struggle to end an ancient war between two powerful, evil empires: The Church of the Instrumentality, run by the Lord Papal, and the Monarchy, administered by King Gregzor.

Universal Cable Productions is behind the project, which at this early stage has yet to find a cable or network home.