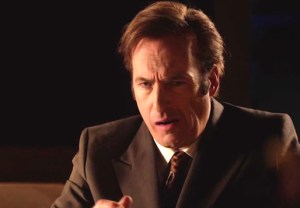 I can’t make you love me this Valentine’s Day, but I can surely try with an all new TVLine Mixtape! 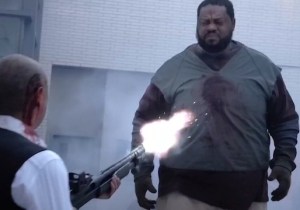 SERIES AND EPISODE | The Blacklist, “Luther Braxton”
TITLE | “Blood On My Name”
ARTIST | The Brothers Bright
ALBUM | A Song Treasury (2012)
WHY IT ROCKED | As Red gunned down any prisoner in his path, The Brothers Bright tune helped evoke the pent-up fury he bestowed when Liz’s safety was in question. 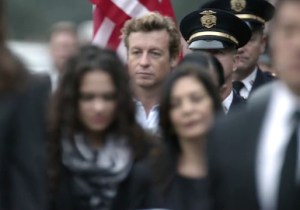 SERIES AND EPISODE | The Mentalist, “Nothing Gold Can Stay”
TITLE | “Letters From The Sky”
ARTIST | Civil Twilight
ALBUM | Civil Twilight (2010)
WHY IT ROCKED | The sorrowful song complimented the emotionally numb look on Jane’s face as he walked through the crowd at Agent Vega’s funeral. 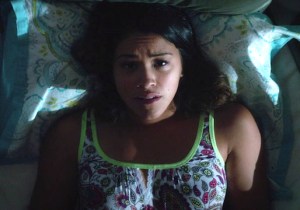 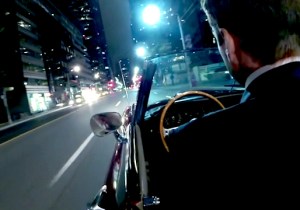 SERIES AND EPISODE | Suits, “Enough is Enough”
TITLE | “Ticking Bomb”
ARTIST | Aloe Blacc
ALBUM | Lift Your Spirit (2014)
WHY IT ROCKED | Little did Harvey know, his long-held secret from Louis was a figurative ticking bomb as his evening drive through the city took him back to the office. 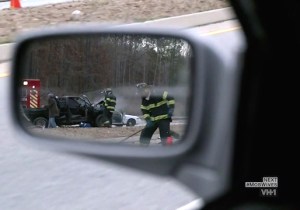 SERIES AND EPISODE | Hindsight, “Then I’ll Know…”
TITLE | “Nightswimming”
ARTIST | R.E.M.
ALBUM | Automatic For the People (1992)
WHY IT ROCKED | It’s not apparent to Lolly or Paige that a car accident in the adjacent lane might have involved Andy, who had sped off to meet Becca to discuss their feelings. Ironically, this R.E.M. classic speaks of street lights making pictures in reverse so much clearer. (Guess that isn’t always true!) 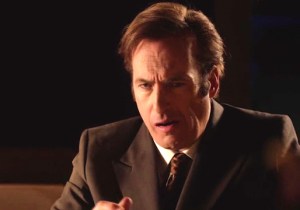 SERIES AND EPISODE | Better Call Saul, “Mijo”
TITLE | “Boulevard of Broken Dreams”
ARTIST | Esquivel
ALBUM | Exploring New Sounds in Stereo (1958)
WHY IT ROCKED | The song perfectly juxtaposed Jimmy’s mid-date anxiety attack, essentially taunting our protagonist as he suffered through memories of his day with Tuco and the skateboarding conmen. 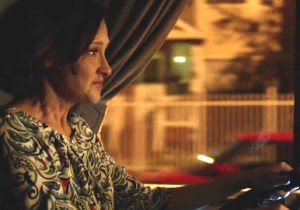 SERIES AND EPISODE | Shameless, “The Two Lisas”
TITLE | “Gotta Get Away”
ARTIST | The Black Keys
ALBUM | Turn Blue (2014)
WHY IT ROCKED | The mid-tempo guitar rocker fit nicely as the once-introverted Sheila drove off in an RV, away from Chicago, and more importantly, away from Frank.