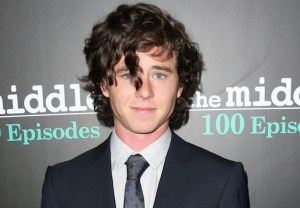 With ABC yet to renew The Middle for a seventh season — and with that cast’s contracts up this spring — Charlie McDermott has signed on as the lead in CBS’ Super Clyde pilot, our sister site Deadline reports.

Deadline reports that Middle producer Warner Bros. TV has yet to approach several cast members (McDermott included) about inking new contracts, without a renewal deal in place from ABC (which has yet to announce any scripted pick-ups for the 2015-16 season).

If CBS orders Super Clyde to series in May, McDermott could ostensibly switch to recurring status on The Middle, with Axl away at college and all/not needed for every episode.

If The Middle gets renewed, can it move on with less Axl?