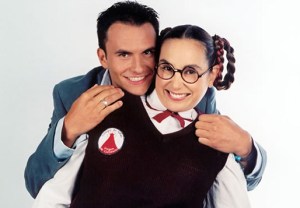 The network is developing an American format of the Venezuelan telenovela Mi Gorda Bella Valentina — yes, that translates to My Sweet Fat Valentina — our sister site Deadline reports.

The drama follows Valentina, a young woman who goes into hiding after her mother is murdered. Suspecting that her mom was killed by a relative in order to gain control of the family business, Valentina returns home 10 years later with a new look (pictured above) and a new agenda: Get revenge for her mother, and take back her company.

Valentina is being produced by Aaron Kaplan’s Kapital Entertainment, which was responsible for adapting Chasing Life from its original Mexican format.

Would you make room on your DVR for Valentina? Drop a comment with your thoughts below.