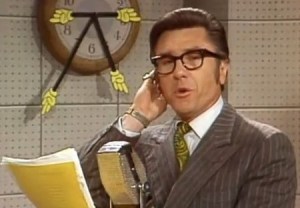 Gary Owens, best known as the announcer for Rowan and Martin’s Laugh-In, died Thursday at the age of 80, the Associated Press reports.

Owens appeared on many TV shows during his seven-decade career, including Lucille Ball and Bob Hope specials.

He also lent his voice to hundreds of programs, such as Sesame Street and Yogi’s Treasure Hunt and, more recently, Batman: The Brave and the Bold, Wizards of Waverly Place, Johnny Bravo and Dexter’s Laboratory.

Owens passed away at his Los Angeles-area home and is survived by his wife of 57 years, Arleta, and their two sons.