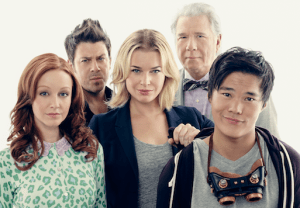 There will be a second chapter for The Librarians.

TNT renewed the fantastical drama, which is an offshoot of the Noah Wyle-led telepics, for a 10-episode Season 2, it was announced on Thursday.

The Librarians opened in December to a strong 5.4 million total viewers and 1.3 demo rating (making it basic cable’s No. 2 series launch of 2014, trailing TNT’s own The Last Ship), yet by the time of its January finale was pulling around 3 mil/0.8.

In recent months, TNT has renewed Legends and Murder in the First and cancelled Perception and Franklin & Bash, while efforts for Dallas to find a Season 4 home came up dry.