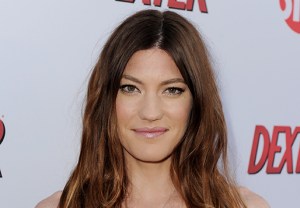 USA Network’s trip to Stanistan has been cancelled.

The cabler has decided to pass on the dramedy pilot, which was set to star Dexter alum Jennifer Carpenter, TVLine has confirmed.

Written by newcomer Andy Parker, the M*A*S*H-esque project centered on the staff at the American compound in the Middle Eastern country of Stanistan, where State Department workers, covert CIA officers and journalists walk a fine line between danger and silliness.

Carpenter would have played Public Affairs Officer Marcie Post, while Friday Night Lights‘ Zach Gilford was slated to portray Phillip Guthrey, an infrastructure manager for USAID with an unrequited crush on Marcie.

USA Network still has quite a few irons in the fire during pilot season, including Carlton Cuse’s alien-invasion drama Colony and the Christian Slater starrer Mr. Robot, both of which have been ordered to series.

The Hollywood Reporter was first to break the news.

Were you looking forward to watching Stanistan? Hit the comments with your thoughts on the news.