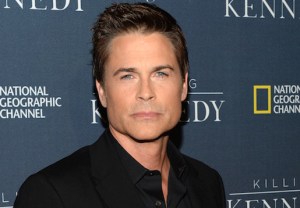 It’s time for Rob Lowe to brush up on his legal jargon.

The former Parks and Recreation actor has been tapped to star in Fox’s newly ordered pilot The Grinder, the network announced Thursday.

The single-cam comedy will star Lowe as beloved TV lawyer Dean Sanderson — aka “The Grinder” — who, after his long-running hit series comes to an end, moves back to his small hometown and thinks he has the chops to take over his family’s law firm. (Fake it ’til you make it, right?)

As announced last month, Lowe also will co-star in the 10-episode, NBC-acquired dramedy Apocalypse with Jenna Fischer (The Office) and Megan Mullally (Will & Grace).

Do you have any objections to Lowe’s newest gig? Hit the comments!