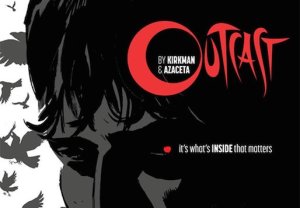 Cinemax on Thursday had some spirited news for Walking Dead creator Robert Kirkman: His new exorcism drama, Outcast, is a go at the network.

The series has been picked up for 10 episodes, our sister site Deadline reports.

The supernatural horror project is based on the comic of the same name by Kirkman and artist Paul Azaceta. Adam Wingard (The Guest, You’re Next) directed the pilot.

Exorcism will star Patrick Fugit (Almost Famous) as Kyle Barnes, whose desire to learn why he has been possessed since childhood leads to him uncovering something that could end life on Earth.