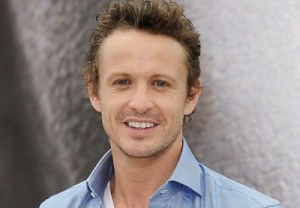 The actor has landed the lead in NBC’s drama pilot Game of Silence, our sister site Deadline reports.

The project — adapted from a Turkish format by David Hudgins (Parenthood) — centers on Jackson (played by Lyons), a rising attorney on the brink of success who could lose his perfectly crafted life when his long-lost childhood friends threaten to expose a dark secret from their violent past.