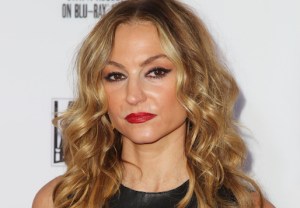 Drea de Matteo is bringing a bit of anarchy to Agents of S.H.I.E.L.D.

As first reported by Marvel.com, the Sopranos/Sons of Anarchy alum is set to appear on an upcoming episode of the sophomore ABC drama as Karla Faye Gideon, a Gifted woman with a grudge to bear against S.H.I.E.L.D.

To that agent, Karla will join forces with… Skye’s (Daisy’s?) father, Cal.