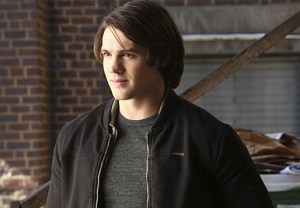 Not ready to say goodbye to Jeremy on Thursday’s Vampire Diaries? Don’t worry, neither is Steven R. McQueen.

“Jeremy’s been through a lot, including dying [at least] twice, so I think it’s about time he got out of Mystic Falls,” he tells TVLine. “But it’s still going to be sad to see him go.”

But rather than dwell on TVD‘s sad, Jeremy-less future, we’re choosing to look back on all the reasons we’re going to miss him, from his “punk” phase in Season 1 to his (unscripted!) first kiss with Bonnie in Season 2 to his infamous shirt rip in Season 4.

In our gallery below, McQueen breaks down crucial storylines and moments from Jeremy’s six seasons on the show — and, hey, you never know when he might return to town.

“If there’s ever a wedding or something, Jeremy could come back for an episode or two,” McQueen says with a laugh (fully knowing the power of that W word).

TVD fans, what are your favorite Jeremy moments? Click through our gallery below, then drop a comment with your most cherished memories. 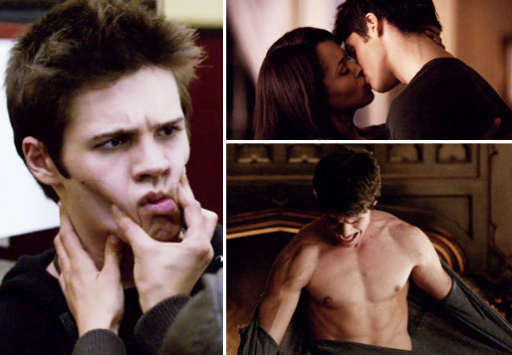