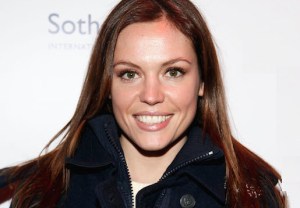 Once Upon a Time has cast Agnes Bruckner in a recurring — and quite possibly mischievous — new role.

As first reported by The Hollywood Reporter, the 24 and Private Practice alum has been booked for a three-episode arc on the ABC series, though no details on her character or the timing of her debut were shared by the trade.

Yet Bruckner seems to perfectly fit a casting call that recently went out for the role of “Autumn,” a charismatic and fiercely independent woman who “easily wraps others into her schemes.” Yet despite her “penchant for troublemaking,” the casting notice reads, “Autumn” “just wants to be loved.” Alas, her misguided methods typically wind up alienating those she loves most.

Also of note: the casting call for “Autumn” specifies brunette hair, hence my going with an older photo of the recently blonde Bruckner — if that is who she’s playing.

Any knee-jerk theories on who brunette “Autumn” might be?