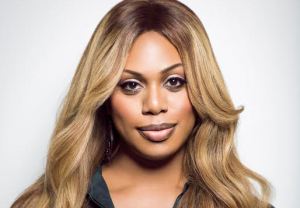 Doubt is the new certainty — at least for Laverne Cox.

The Emmy-nominated actress (Orange Is the New Black) has landed a role in the CBS drama pilot Doubt, where she’ll play the “fierce, funny” Cameron Wirth, “a transgender Ivy League-educated attorney who’s as competitive as she is compassionate.” Because Cox’s character has “experienced injustice first hand,” she’ll be inclined to “fight all the harder for her clients.”

Doubt, from the husband-and-wife writing/executive-producing team of Tony Phelan and Joan Rater (Grey’s Anatomy, Madam Secretary), will focus on a yet-to-be-cast defense lawyer at a boutique firm who “shockingly gets romantically involved with one of her clients — who may or may not be guilty of a brutal crime.” Sarah Timberman and Carl Beverly (Elementary, Justified, Hindsight) will also serve as EPs on the potential series.

In addition to her breakout turn as Orange‘s Sophia Burset, Cox’s small-screen resume includes roles on Faking It and Girlfriends’ Guide to Divorce. She recently landed a guest gig on an upcoming episode of The Mindy Project, where she’ll play the cousin of Xosha Roquemore’s Tamra.

Excited about the prospect of seeing Cox in a legal thriller? Share your thoughts in the comments!