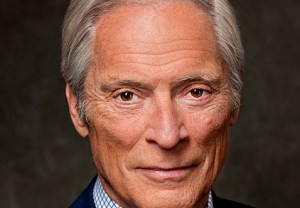 The CBS newsman was riding in a livery cab that struck another car and then crashed into a median on the West Side Highway, his network confirmed.

Simon, the recipient of multiple Emmy awards — including a Lifetime Achievement Emmy — joined the Eye Network’s news division in 1967. He began regularly contributing to the Sunday-night newsmagazine in 1996.

An accomplished foreign journalist, Simon’s overseas assignments often involved real danger. At the beginning of the Gulf War in 1991, he and his team were captured and held for 40 days by Iraqi forces.

He also was a correspondent for 60 Minutes II; when that series wrapped in 2005, he worked full-time on 60 Minutes. Simon’s most recent piece for the series was a feature on the Academy Award-nominated film Selma.

Simon is survived by his wife, Françoise, and his daughter, Tanya, who is a 60 Minutes producer.