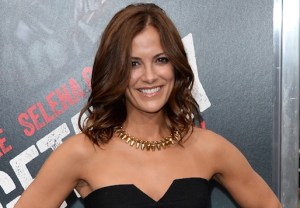 As part of General Hospital‘s Fan February promotion, executive producer Frank Valentini and headwriter Ron Carlivati announced on Twitter Tuesday that the All My Children and Guiding Light alumna will be joining the ABC serial in a role alternately described as “killer” and “a real spitfire.”

Budig in turn shared her excitement about the new gig via Twitter:

I can't wait to be a part of #GH and to work with a group of very talented people!! #excited

In addition to her runs as GL‘s Michelle and AMC‘s Greenlee, Budig’s TV credits include appearances on CSI, How I Met Your Mother, Castle and Blue Bloods.

Which storyline (and or romance) do you think GH will thrust Budig into?