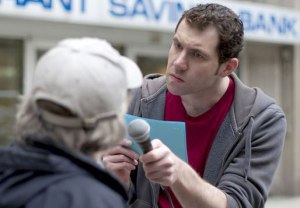 Billy Eichner’s eponymous game show has been renewed for a fourth season — but with a twist.

As part of a multilayered deal with Turner Broadcasting, the game show will make the jump from music-themed network Fuse to Turner-owned cabler truTV, which has also acquired the rights to all 32 previously broadcast episodes. Encores will also air on sister network, TBS.

As part of his deal with Turner, the Emmy-nominated host will also develop new half-hour projects for truTV and Adult Swim, while also allowing for him to front his own comedy specials on both TBS and truTV.

“This deal is a great opportunity to tap into and expand the Billy phenomenon using the power of the Turner portfolio,” said president of Turner Broadcasting System, Inc., David Levy, in a release. “The Turner networks are going to be the perfect home for Billy’s brilliant comedic talents and his growing legion of young fans.”

Eichner is currently recurring on the final season of NBC’s Parks and Recreation, which wraps its run on Feb. 24. He will next be seen co-starring with Billy on the Street head writer, Julie Klausner, in the Hulu original series Difficult People.

Stoked about more Billy on the Street? Make your feelings known in the comments!