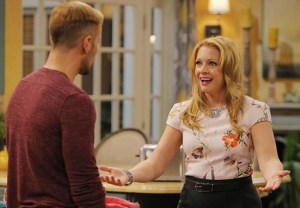 The honeymoon’s over (again) for ABC Family’s Melissa & Joey.

The sitcom, which stars Melissa Joan Hart and Joey Lawrence as newlyweds, has been cancelled after four seasons, TVLine has confirmed.

News of the cancellation was first reported by The Wrap.