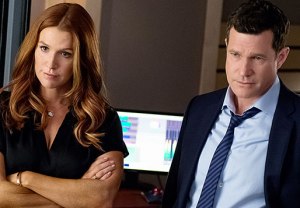 A&E is finalizing a deal to pick up the canceled CBS drama Unforgettable for Season 4, our sister site Deadline reports.

Stars Poppy Montgomery and Dylan Walsh are expected to return for the 13-episode run, with series creators John Bellucci and Ed Redlich also back as executive producers.

Unforgettable was canceled by CBS in May 2012 after its first season and then, in a surprise move, brought back for two more seasons before being axed yet again in October 2014.

Excited about this unexpected development? Sound off in the comments!