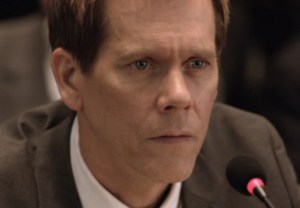 When The Following returns for its third season next month, Ryan Hardy will be in a whooooole lot of trouble.

Fox has unveiled a short teaser trailer for Season 3 of the drama, in which Ryan’s superiors accuse him of leading a “lawless reign of terror” in his pursuit of Joe Carroll.

And judging by the disturbing threats directed at Ryan — “While you lie, more die” — the former FBI agent has also angered someone very dangerous.

The Following returns Monday, March 2 at 8/7c with a two-hour episode.

Press PLAY on the teaser below for a first look at Season 3, then hit the comments with your thoughts!