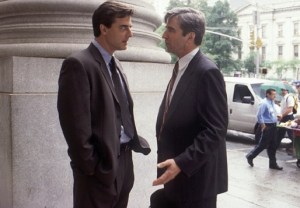 NBC is looking to dole out more Law & Order — by bringing back the mothership show as a limited series.

According to our sister site Deadline, the Peacock network is aiming for a 10-episode order, featuring original and previous cast members.

Although the project is not currently in active development, several actors who are closely associated with the franchise — including Chris Noth and Sam Waterston — reportedly have been approached.

Law & Order was abruptly canceled in May 2010 after Season 20. Its spinoff SVU was renewed for Season 17 this week.

Are you excited for a possible Law & Order revival? Who would you like to see come back?