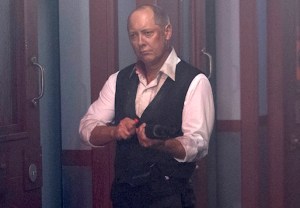 NBC has renewed five dramas for the 2015-16 TV season, including the newly relocated sophomore thriller The Blacklist, the plucky Friday genre series Grimm (currently in Season 4) and the third-year procedural poised to launch 1,000 spinoffs, Chicago Fire.

In fact, ChiFi‘s first offshoot, the sophomore drama Chicago P.D., is among NBC’s other pick-ups, as is schedule stalwart Law & Order: Special Victims Unit, which will be entering Season 17.

An NBC rep says no decision has been made yet on the fate of Katherine Heigl’s comeback vehicle, State of Affairs, or fellow freshmen The Mysteries of Laura and Constantine, while on the comedy front Marry Me and About a Boy also remain on the proverbial bubble.