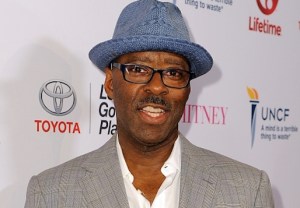 Fire away with your best “If the role fits…” zinger.

Vance will star alongside John Travolta as Robert Shapiro and David Schwimmer as OJ pal Robert Kardashian — the three of whom headed up Simpson’s legal “dream team.”

The story will be based on Jeffrey Toobin’s book The Run of His Life: The People V. O.J. Simpson, which, according to FX, “explores the chaotic behind-the-scenes dealings and maneuvering on both sides of the court, and how a combination of prosecution overconfidence, defense shrewdness, and the LAPD’s history with the city’s African-American community gave a jury what it needed: reasonable doubt.”

Stoked about Vance joining the American Crime Story bandwagon? Sound off below!