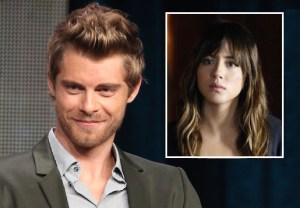 The Tomorrow People‘s Luke Mitchell has (finally) teleported himself onto an equally groovy genre series — Marvel’s Agents of S.H.I.E.L.D.

As first reported by Marvel.com, the Aussie actor is joining the ABC drama as Lincoln, a charismatic Inhuman who has an important role to play in Skye understanding the true extent of her transformation.

As seen in the midseason finale, Skye — upon delivering the obelisk to the underground city — was exposed to Terrigen Mist, triggering her aforementioned transformation. Lest there be any doubt, the showrunners confirmed that Skye aka Daisy Johnson is, in fact, an Inhuman herself.