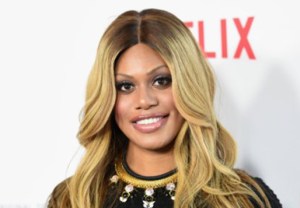 The Mindy Project‘s leading lady is in serious need of a self-esteem boost — and who better to deliver it than Laverne Cox?

Orange Is the New Black‘s breakout actress will guest-star on an upcoming episode of the Fox comedy, E! Online reports.

Cox will play a cousin of Xosha Roquemore’s Tamra, who helps Dr. L. get her confidence back — a crisis that could be due to the doc’s recent realization (Spoiler Alert!) that she’s pregnant.

In addition to her Emmy-nominated turn as Orange‘s Sophia Burset, Cox’s small-screen resume includes roles on Faking It and Girlfriends’ Guide to Divorce.

Are you psyched to meet one of Tamra’s family members? Hit the comments with your thoughts on Cox’s casting.