Oprah Winfrey will co-create and co-star in a new OWN drama helmed by 'Selma' director Ava DuVernay.
× 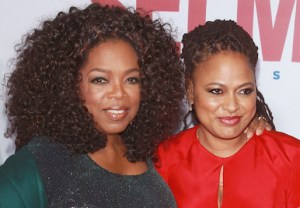 Queen of Media Oprah Winfrey will co-create and co-star in a new OWN drama helmed by Selma director Ava DuVernay, the network announced Monday.

The project is “inspired by” Natalie Baszile’s novel Queen Sugar, which follows a woman who trades her posh Los Angeles existence for running her recently deceased father’s 800-acre sugar farm in rural Louisiana.

DuVernay will write, direct and executive-produce the drama, which will be her first television series. Winfrey will co-executive-produce and will appear in multiple episodes in a recurring role.

The two women worked together on DuVernay’s Selma.

Winfrey created cable network OWN after her eponymous talk show ended in 2011. Her acting credits include The Color Purple, The Women of Brewster Place and Lee Daniels’ The Butler.