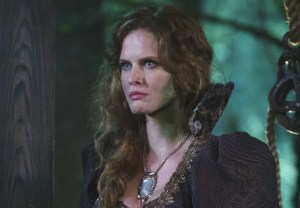 Something wicked (again) this way comes.

Rebecca Mader is back on set this week at ABC’s Once Upon a Time, to reprise her role as Zelena AKA the Wicked Witch of the West, TVLine has learned.

No details are available about Mader’s return, except that she will appear in flashbacks at some point during the second half of Season 4.

ABC’s Once Upon a Time resumes Season 4 on Sunday, March 1.

What do you think brings Zelena back for this flashback encore?