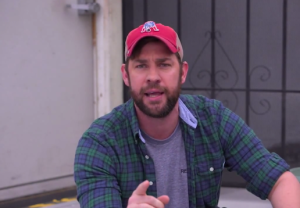 The wicked pissah kickoff to your Super Bowl weekend has arrived.

Thursday night’s Jimmy Kimmel Live made light of the controversy surrounding the New England Patriots’ Super Bowl-clinching win over the Indianapolis Colts — and the show enlisted the help of some famous friends.

For those wholly uninterested in gridiron goings-on, stay with us: The situation has been dubbed “Deflategate” due to allegations that Patriots quarterback Tom Brady was involved in removing some of the air from balls used during the game, giving the Pats an against-the-rules advantage that contributed to the team’s victory.

The ABC late-night program skewered it all by calling in some big names — including John Krasinski (The Office) and Matt Damon (the Bourne films) — to defend Mr. Gisele Bündchen against the allegations, New England-style.

Press PLAY on the video below to hear Damon, Krasinski and a few other big names (we won’t spoil who) lend their best Boston accents to the cause.